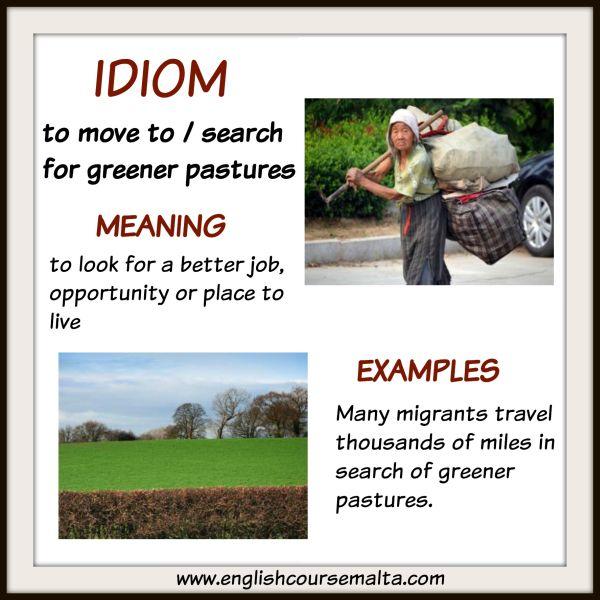 The examples have been slightly modified from the idiom as used in the BNC.

This proverb is very similar although the meaning is slightly different.  When we say, ‘The grass is always greener on the other side of the fence.’, it means that we always feel a little envy or jealousy for things that we don’t have.

1. In considering the issues of where you are, or where you would like to be, there is also a great tendency to think that the grass is always greener somewhere else.

2. The other man’s grass is always greener and I had the opportunity when I was younger to work abroad. I’ve been in the United States, I’ve been in Europe, but the politics and the way people behave was just the same the world over.

3. Every nation and culture has sayings and proverbs about covetousness. It is often said,’ The grass is always greener on the other side of the fence.’ There is a Scottish proverb which puts its point delightfully:’ The covetous man will never have enough — until his mouth is filled with mould.’ A Hindu proverb is just as vivid:’ If you mention money, even the corpse opens wide its mouth.’ There is a widespread recognition of the reality of covetousness.

Egg Idioms, Proverbs And ExpressionsIdiom – To Go Hand In Hand