Meaning – To start from the very beginning. To create something new with no experience, knowledge or advantage.

Example – 1. Steve Jobs started Apple from scratch.  2. If you want to start your own business, you will have to start from scratch and build it from the ground up. 3. You don’t need to buy pasta sauce – it’s very easy to make from scratch.

Origin – This idiom appears to come from the world of cricket.  Back in the 19th century, the lines on a cricket pitch were scratched into the ground.  Other sports such as boxing and running used the same system of scratching lines and starting points into the pitch or field.  The idiom was therefore popularised and became a common term to mean to start at the very beginning.

Note – You can also use the idiom make from scratch for cooking or baking.  Example:  Did you make this cake yourself?  Yes, I made it from scratch (i.e. I didn’t use a ready-made cake mix). 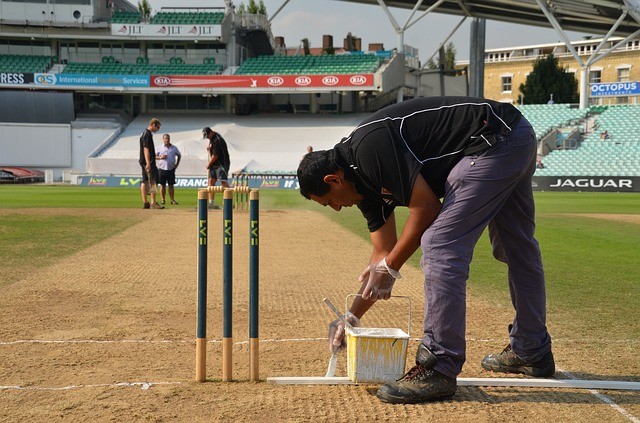 THE IDIOM START FROM SCRATCH CAME FROM CRICKET

Other expressions and idioms  meaning to start: