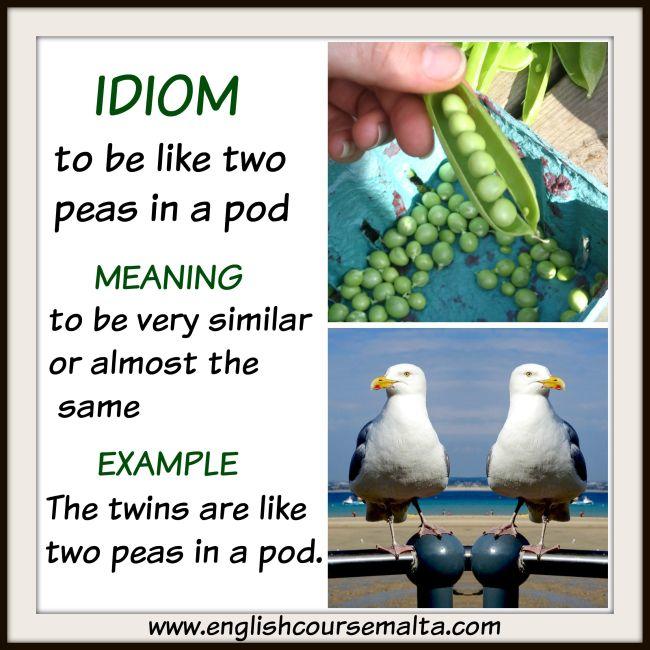 Idiom – TO BE LIKE TWO PEAS IN A POD.  You will also find this written as to be as alike as two peas in a pod.

Meaning – (1)  when two things are so similar that there is very little difference between them. This idiom can be used to talk about physical characteristics as well as character.  (2) This idiom is also often used when we want to say that two people have such a close relationship that they are inseparable.

Idioms with a similar meaning –  The idioms to be cut from the same cloth / to be a dead ringer for can both also be used to indicate that two things are very similar.   Example: My daughters are very similar in character and take after their father.  They are cut from the same cloth.  /  My daughters are a dead ringer for their father.

The idiom birds of a feather flock/stick together is also very similar in meaning.  However, it is generally used when we want to say that people having a similar character stay with each other.  Example; During the conference, all the Italians were on one side of the room while the Australians were on the other.  It was certainly a case of birds of a feather sticking together.

Idiom – To Be In The Same BoatIdiom – Worth Your Salt