WHAT’S THE DIFFERENCE BETWEEN SO AND VERY? 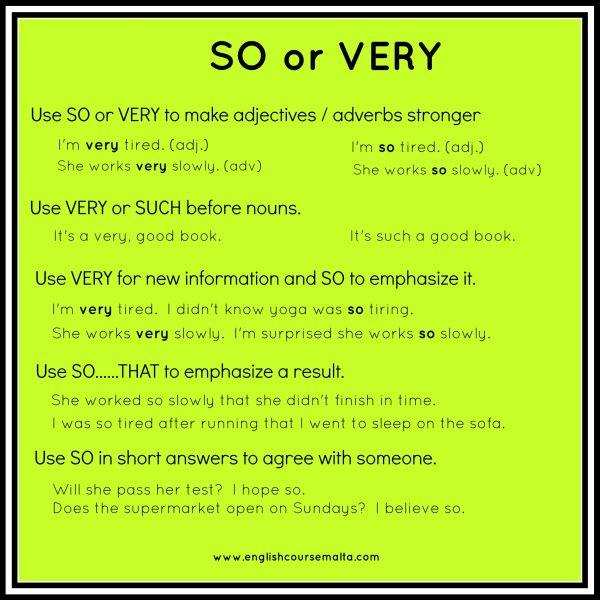 The difference between SO and VERY can be a tricky question .  SO and VERY are both adverbs which are used to emphasize an adjective or an adverb.   In many situations, you can use either SO or VERY with no difference in meaning.

USE SO AND VERY TO PROVIDE NEW INFORMATION

While both SO & VERY can be used to provide new information, we typically use VERY to introduce information and then SO to emphasize the information which is already known.

NOTE:  So cannot be followed by a noun, we must use SUCH instead.

USE SO NOT VERY IN THAT CLAUSES TO EMPHASIZE THE RESULT – SO…..THAT

USE SO IN SHORT ANSWERS TO AGREE (AND AVOID REPETITION)

Multiple-Choice Exercise: So, Very, Too

Multiple-Choice Exercise: SO vs SUCH

Prepositions Of Time – At / On / InHow To Use Can