Meaning – this idiom is used to excuse a person for swearing or using bad language.  Variations include pardon my French, excuse my French.

Origin – The origin of the expression is unclear.  However, there are a number of similar expressions (in French as well as in English) which deflect the blame for the use of a culturally unacceptable habit.  For example, when leaving a party without saying goodbye to the host, the French say, “filer à l’anglaise” (to flee like the English) while the English say they are “taking French leave”. 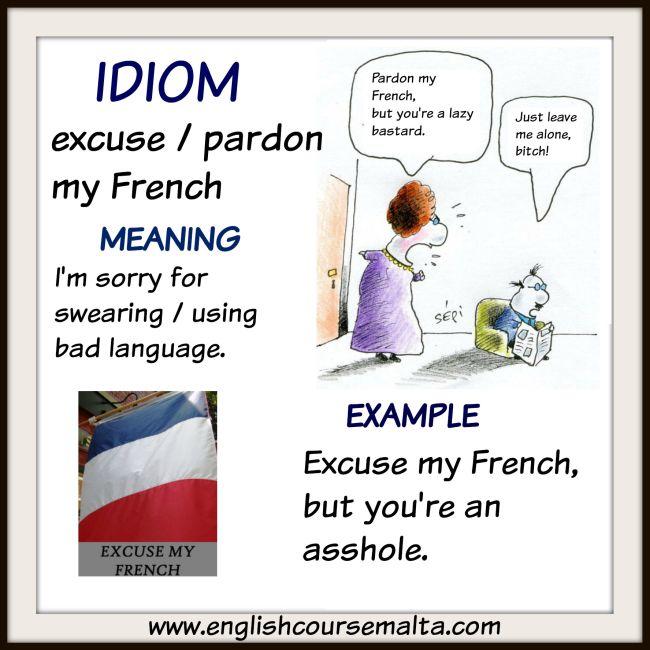 Idioms with a synonymous meaning – Pardon my French.

Pardon my French, but you’re an asshole.   Ferris Bueller’s Day Off

You can also hear this idiom in context by listening to the fantastic song Excuse My French by Caro Emerald.

Idiom: To Be Under The WeatherIdiom – Piece Of Cake